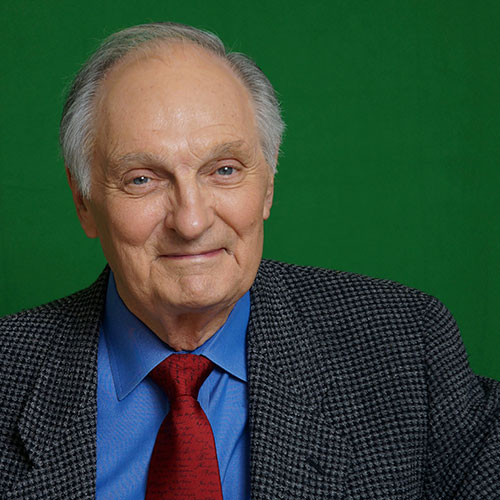 The Westport Library is pleased to honor Alan Alda at the 2017 BOOKED for the evening. The Library's signature fundraising event honors an individual whose work reflects the purpose of the Library—to nurture the love of learning and to enhance our understanding of the world.

Alda has won seven Emmy Awards, received three Tony nominations, is an inductee of the Television Hall of Fame and was nominated for an Academy Award for his role in The Aviator. Alda played Hawkeye Pierce on the classic television series M*A*S*H, and his films include Crimes and Misdemeanors, Everyone Says I Love You, Manhattan Murder Mystery, Bridge of Spies and many more. Alda is an active member of the science community, having hosted the award-winning PBS series Scientific American Frontiers for eleven years and founded the Alan Alda Center for Communicating Science at Stony Brook University. Alda is the author of two bestselling books, Never Have Your Dog Stuffed: And Other Things I’ve Learned and Things I Overheard While Talking To Myself. His newest book, If I Understood You, Would I Have This Look on My Face?: My Adventures in the Art and Science of Relating and Communicating, is just out.

BOOKED for the evening is the Library's signature fundraising event. On this occasion, the Library honors an individual whose work reflects the purpose of the Library—to nurture the love of learning and to enhance our understanding of the world.