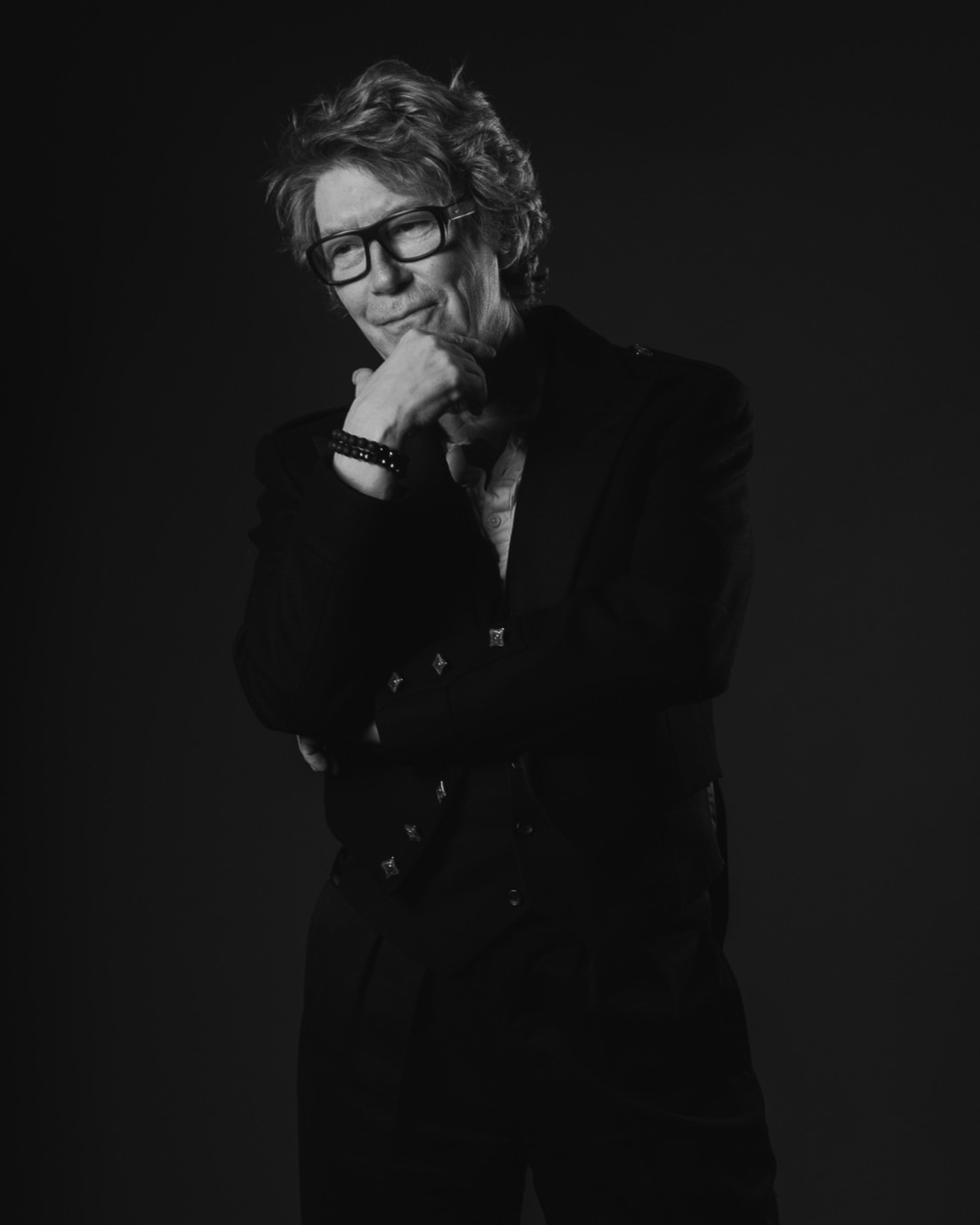 The Westport Library is proud to welcome Richard Butler as the Library’s February 2023 Malloy Lecture in the Arts guest speaker. This event will be held Thursday, February 28, at 7 pm.

Reserved seats for this event have been filled. There will be a livestream of the show, and a recording will be available for viewing afterward. Click here to view the livestream at the time of the event.

Butler is a British painter and musician. While perhaps best known as the singer and founder of the Psychedelic Furs, Butler’s painting career began well before his music career, while he was still a student at Epsom Art School. He created the artwork for the Psychedelic Furs’ early gigs and had strong influence on the album art and visual presentation of the band. Throughout the 1980s, when the band achieved worldwide success and toured widely, Butler put his painting on the back burner. It was only after the band took an extended hiatus in the early 90s that he returned to his first love. Since then, he’s kept at it and found a balance between both endeavors.

With his daughter as his muse, Butler produces expressionistic portraits of pensive female subjects, who serve as ciphers for himself. As he described it: “In a way, I think all of my paintings are self-portraits in that, though the face I am painting may not be my own, the feeling I get back from the painting is certainly an important element of my own psyche.” Focused on the material qualities of his medium, Butler smudges, distorts, and overlays patterns onto his models’ faces, creating dynamic compositions at once naturalistic and hallucinatory.

In addition, he has continued to create music with several side projects. He also released a solo album in 2006, and in 2020 he put out the first new Psychedelic Furs album in nearly 30 years, which was met with international chart success and great acclaim from both fans and critics alike. And although the band continues to tour extensively, so has Butler’s work as a painter continued, having launched exhibitions in New York, Los Angeles, Miami, London, Berlin, and other prestigious galleries throughout the world.

For the 2023 Malloy Lecture in the Arts, Butler will be joined in conversation with friend and renowned American musician, record producer and Rock and Roll Hall of Famer Chris Frantz. Frantz was the drummer for both Talking Heads and Tom Tom Club, which he co-founded with wife and Talking Heads bassist Tina Weymouth. A longtime resident of Fairfield, Connecticut, Frantz has been a programmer at WPKN for more three years.