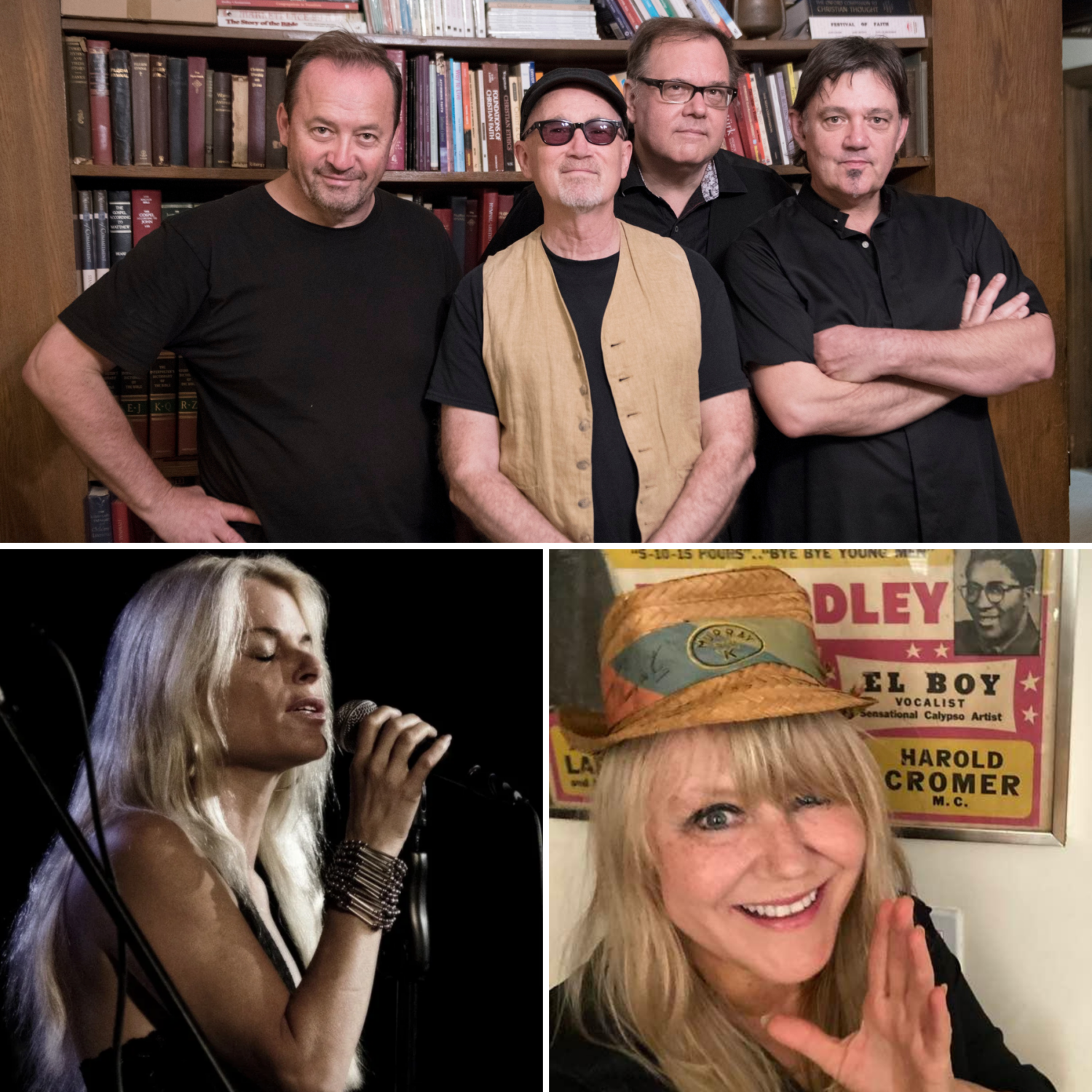 The Smithereens, the famed American rock band with a string of hits running from the 1980s into the 2000s, will headline Friday night’s VersoFest concert slot at The Westport Library on March 31 at 7 pm. Singer/songwriter and new wave pioneer Marshall Crenshaw takes the role of Smithereen lead vocals for the night.

Americana musician Amilia K Spicer opens the evening fresh off rave reviews from NPR, Popdose, and No Depression, and the legendary Miriam Linna DJs the night with 45s from one of the most-revered record collections in the world.

VersoFest is a multi-day music and media festival/conference born out of Verso Studios at The Westport Library. Verso Studios is a library branch of the 21st century focusing on multimedia programming and commercial services as well as educational and content creation opportunities. The festival opens Thursday, March 30, and will continue with a full slate of programs and workshops Saturday and Sunday, April 1-2, with famed producer Steve Lillywhite delivering the keynote Saturday afternoon.

“This is a remarkable collection of talented artists to be joining us in one evening,” said Bill Harmer, executive director of The Westport Library. “The Smithereens are an institution, Amilia is a rising star, and Miriam is one of music’s leading lights. That they’re all coming to the Library to perform is a testament to the enduring power of music in our community and the continued growth of VersoFest in its second year.”

Founded in New Jersey in 1980, The Smithereens have been creating electrifying, original rock ‘n’ roll for 42 years. Jim Babjak (guitar), Dennis Diken (drums), and Mike Mesaros (bass) grew up together in Carteret, and lead singer, the late Pat DiNizio, hailed from Scotch Plains. The Smithereens formed their take-no-prisoners, East Coast roots-rock sound inspired by a well of rock ‘n’ roll predecessors including Buddy Holly, The Who, Nick Lowe, and The Move.

The Smithereens’ fame escalated in the late 1980s and 1990s with hits like “Behind the Wall of Sleep,” “A Girl Like You,” and “Only a Memory,” and the band was in heavy rotation on MTV and appeared on The Tonight Show, Late Night with Conan O'Brien, and Saturday Night Live. Over the course of 17 albums and 2,500+ live shows, The Smithereens have performed on stages coast to coast from the Greek Theatre in Los Angeles to Radio City Music Hall in Manhattan, and internationally from Europe to Australia. Tourmates have included Tom Petty, Squeeze, The Pretenders, Lou Reed, and Ramones, among others.

After the 2017 passing of DiNizio, the surviving members decided to persevere and carry on their shared musical legacy, showcasing guest vocalists Robin Wilson of the Gin Blossoms and singer/songwriter Crenshaw.

Linna is a founding member of the Cramps, co-founder with her late husband Billy Miller of leading primitive/garage/punk/R&B label Norton Records and hip pocket paperback publisher Kicks Books, as well as the mastermind of Kicksville Radio. On Sunday, April 2, Linna will be the subject of VersoFest’s Music Oral History program, moderated by Beehive Queen and SNL singer Christine Ohlman.

Tickets for Friday night’s show are $40 in advance and available via Eventbrite. All VersoFest 2023 concerts are co-produced with the Westport Weston Chamber of Commerce.