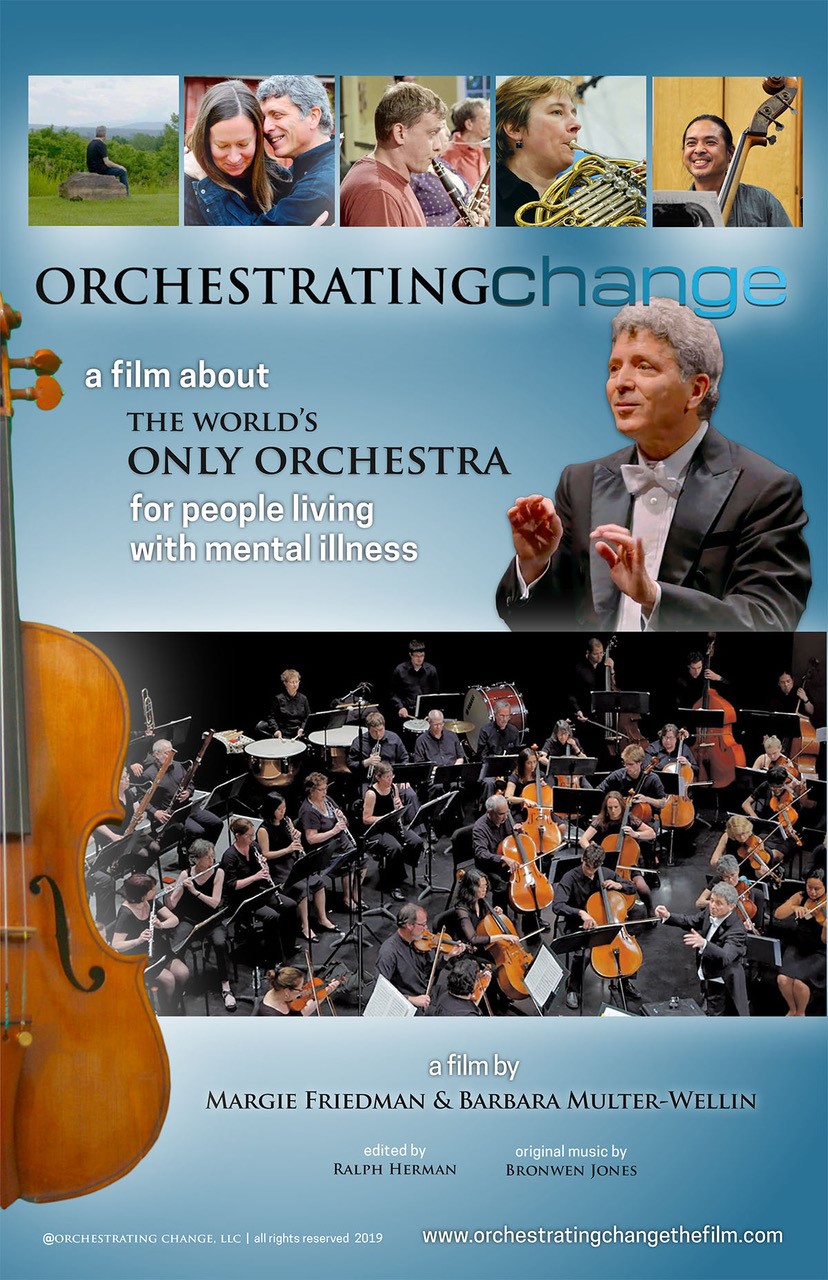 Join us for a special screening of the new, award-winning film, Orchestrating Change, followed by a talk back with executive producers/directors Margie Friedman and Barbara Multer-Wellin and those featured in the film.

Orchestrating Change tells the inspiring story of Me2/Orchestra, the only orchestra in the world created by and for people living with mental illness. Ronald Braunstein was on the trajectory to becoming one of the world’s leading conductors until he made his diagnosis of bipolar disorder public and was shunned by the classical music community. He decided to create an orchestra for people like him with the mission of erasing mental health stigma one concert at a time. The film follows Braunstein and several of the musicians for two years — capturing their setbacks and their accomplishments. The musicians’ stories are told entirely in their own words, augmented with striking animation. The film culminates in a joyous concert at a major venue. It is a triumph for Braunstein, who thought he might never conduct again, the musicians, and the audience, whose perspective on mental illness is forever changed.

The American Library Association & Media Round Table voted Orchestrating Change, "One of the Top Twelve 2022 Notable Films for Adults."