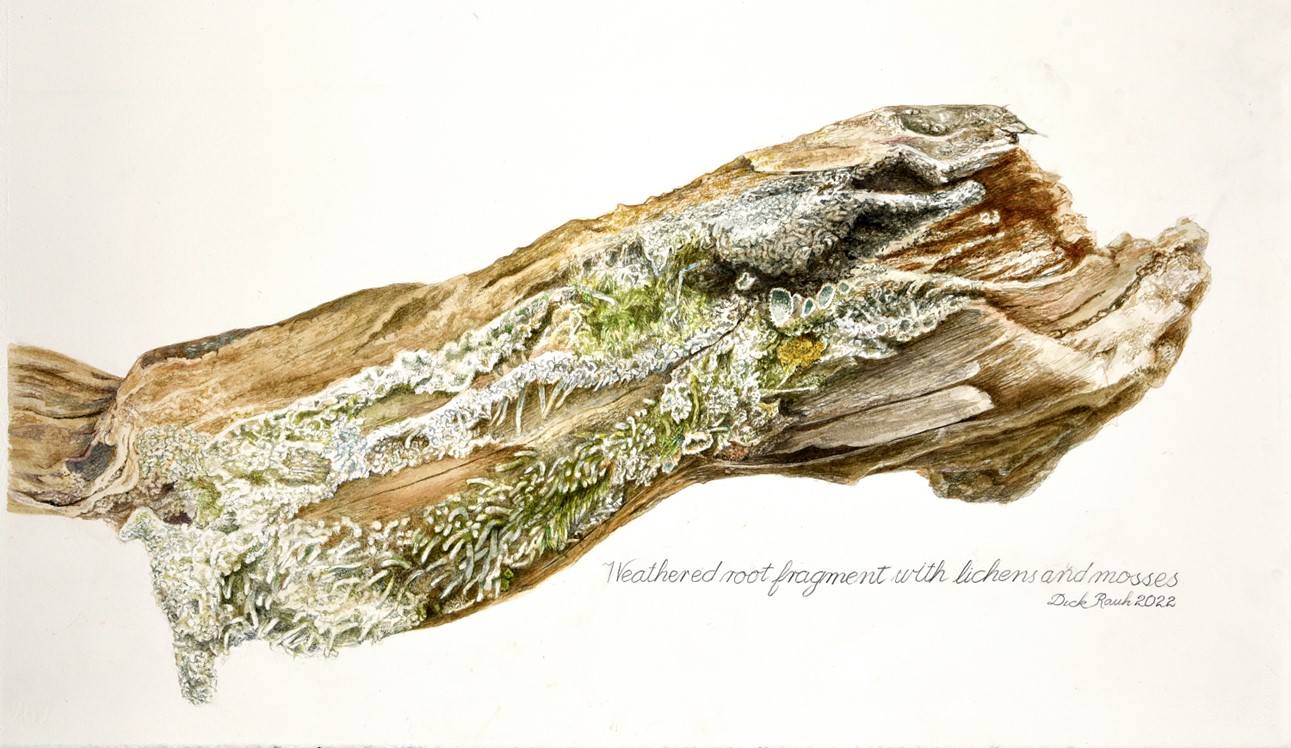 Come listen to an inspiring conversation between Artist Collective of Westport's Miggs Burroughs with Dick Rauh about his current exhibit in the Sheffer Gallery, A Botanical Retrospective, currently on view in the Library's Sheffer Gallery. The conversation will take place on stage in the Trefz Forum on Sunday, January 29, from 2 to 4 pm.

You can register for the event HERE.

Rauh came to botanical painting in retirement, after a career in motion picture special effects. In addition to earning a certificate in botanical illustration from The New York Botanical Garden, in 2001 he received his doctorate in plant sciences from the City University of New York. Rauh's work won the Gold Medal and "Best in Show" awards at the 2006 Royal Horticultural Society Show in London. 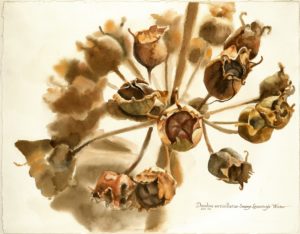 The show, being a retrospective, includes two important images. The featured image, above, is one of Rauh's most recent works, Weathered Wood with Moss and Lichens, 2022, which the artist completed for this exhibit. The second image, shown here, is one the artist created back in early 90s,  Decodon vertiicillatus, 1991.