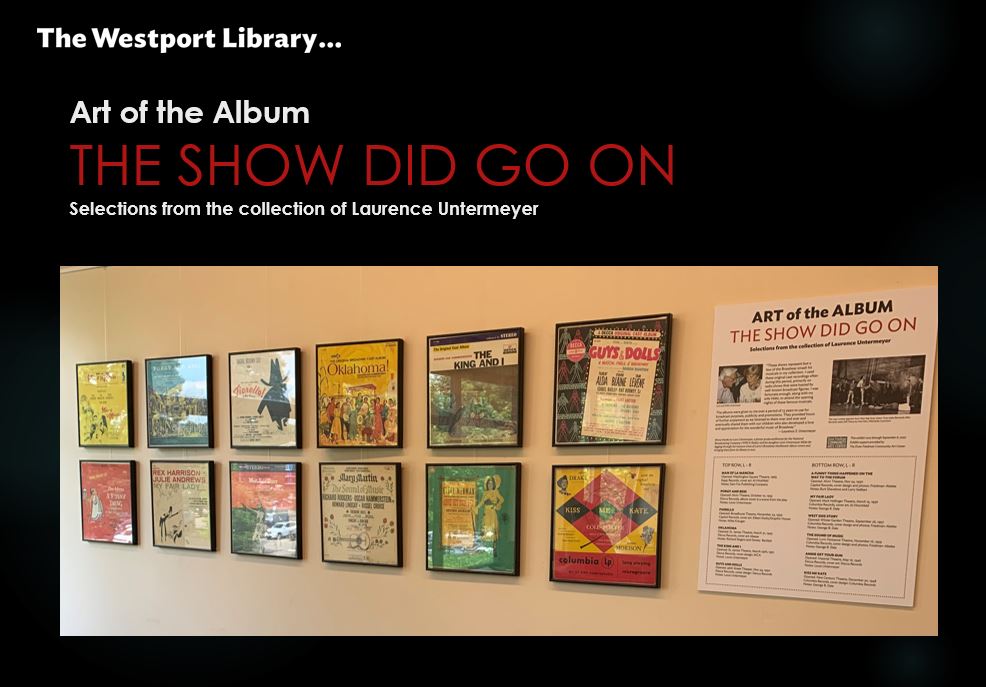 Selections from the collection of Laurence Untermeyer

“These shows represent but a few of the Broadway smash hit musicals in my collection. I used these original cast recordings often during this period, primarily on radio shows that were hosted by well-known broadcast figures. I was fortunate enough, along with my wife Nikki, to attend the opening nights of these famous musicals.

The albums were given to me over a period of 13 years to use for broadcast purposes, publicity and promotions. They provided hours of further enjoyment as we listened to them over and over and eventually shared them with our children who also developed a love and appreciation for the wonderful music of Broadway.”   —Laurence S. Untermeyer

Please have a look at the powerpoint below for incredible details about the album covers:

Art of the Album_The Show Did Go On