Jai Chakrabarti Discusses A PLAY FOR THE END OF THE WORLD 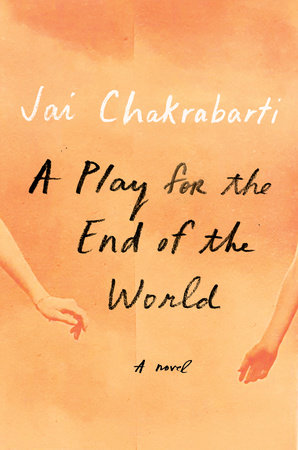 Meet author Jai Chakrabarti as he discusses his debut novel A Play for the End of the World with Westport Country Playhouse assistant artistic director, Liam Lonegan. A dazzling debut novel—set in early 1970’s New York and rural India—the story of a turbulent, unlikely romance, a harrowing account of the lasting horrors of the Second World War, and a searing examination of one man’s search for forgiveness and acceptance.

New York City, 1972. Jaryk Smith, a survivor of the Warsaw Ghetto, and Lucy Gardner, a southerner, newly arrived in the city, are in the first bloom of love when they receive word that Jaryk’s oldest friend has died under mysterious circumstances in a rural village in eastern India. Travelling there alone to collect his friend’s ashes, Jaryk soon finds himself enmeshed in the chaos of local politics and efforts to stage a play in protest against the government—the same play that he performed as a child in Warsaw as an act of resistance against the Nazis. Torn between the survivor’s guilt he has carried for decades and his feelings for Lucy (who, unbeknownst to him, is pregnant with his child), Jaryk must decide how to honor both the past and the present, and how to accept a happiness he is not sure he deserves.

If you missed the event, you may watch the recording here.

Jai Chakrabarti is the author of the novel A Play for the End of the World (Knopf), which won the National Jewish Book Award for debut fiction, is long-listed for the PEN/Faulkner Award and was a fall 2021 Oprah Magazine Pick. He is also the author of the forthcoming story collection A Small Sacrifice for an Enormous Happiness (Knopf, 2023). His short fiction has appeared in numerous journals and has been anthologized in The O. Henry Prize Stories, The Best American Short Stories, and awarded a Pushcart Prize and also performed on Selected Shorts by Symphony Space. His nonfiction has been published in The Wall Street Journal, Fast Company, Writer's Digest, Berfrois, and LitHub. He was an Emerging Writer Fellow with A Public Space and received an MFA in Creative Writing from Brooklyn College and is a trained computer scientist. Born in Kolkata, India, he now lives in New York with his family.

short fiction has appeared in numerous journals and has been anthologized in The O. Henry Prize Stories, The Best American Short Stories, and awarded a Pushcart Prize. Chakrabarti was an Emerging Writer Fellow with A Public Space and received his MFA from Brooklyn College. He was born in Kolkata, India, and now splits his time between Brooklyn, NY and the Hudson Valley. A Play for the End of the World is his first novel.

Liam (he/him) Lonegan is the Assistant Artistic Director at Westport Country Playhouse and Founding Artistic Director of Egg & Spoon Theatre Collective, an Off Off Broadway theatre organization based in NYC. He received his BFA from Syracuse University where he was the Managing Director of Black Box Players while directing and assisting on numerous productions. Most recently he co-directed The Rats and directed The Killer for Egg & Spoon. Assisting credits include Fiorello!; Mlima's Tale, Thousand Pines, and In the Heights.